Hazel Gale is a master practitioner of cognitive hypnotherapy, author and ex-athlete. Having competed internationally as a kickboxer and boxer, achieving World and National titles in the two sports respectively, she’s well-versed in both the drive to succeed and the anxiety that can so often come hand-in-hand with that. In her practice and in her writing, Hazel aims to help others emerge victorious from their own battles, whatever they may be.

Hazel says: I’ve always been a chronically late person; late to bed, late to rise, late to work most days, much to the disgust of many bosses. I dealt with my punctuality issue a while ago (I believe we can file that under ‘Growing Up’) but more recently I’ve made the decision to change my night-owl tendencies too. It’s not unusual for me to be up at 6am to get some writing done before my first client these days. Twenty-five-year-old me would have spat her ‘emergency coffee’ all over the breakfast table (at about 11am) if I’d told her that. However, my daily commute consists of a brisk walk from my bedroom to my office, which takes approximately ten seconds. I see my clients and do my writing from home. It’s awesome.

I’d done a random mix of jobs over the course of my life: I was a jazz singer for a brief period; I went to art school and had couple of exhibitions; I worked in bars and restaurants; I started a graphic design company with a friend; for the longest time I was a boxing and kickboxing coach (I still do that a couple of times a week). I have been running my private therapy practice since 2011 and recently I’ve been writing my book. Something I find myself saying to clients often is: ‘the person who never makes a mistake, never makes anything. It’s what we turn the mistake into that makes the real difference.’ My therapy teacher, Trevor Silvester, told me that. I believe he nicked it from Bruce Lee. Without a doubt, all of my random jobs have played their part in making me a better therapist. The way that someone gets into this line of work is by choosing to train. The reason that they do that tends to be going through something difficult themselves. Almost all the therapists that I know have a backstory of a breaking point and defining moment.

My favourite part of being a therapist is when I get to witness a client having an ‘Aha!’ moment. Something just goes ‘click’ as they speak. It could be a connection that has eluded them for years or even decades, especially when they’ve never spoken about their issue with another person. When talking freely and answering a few questions unearths a link that makes sense of long-suffered confusion and shame, everything in the room just stops still. Sometimes I can feel their emotion so powerfully that it’s like I’ve been hit in the chest. In a good way. It’s life-affirming and humbling and it continues to feel equally powerful no matter how many times I experience it. This may sound smug, but my least favourite parts of the job just don’t seem serious enough to bother mentioning. They include things like taking notes and editing audio files after the client leaves, or struggling with a poor internet connection when working with a client via Skype.

I’m rubbish at lunch. On clinic days, I rarely have the time to sit down and enjoy a proper meal, so I usually just grab a ready-made salad from the fridge and drink my fifth cup of tea for the day. I can finish pretty late (sometime around 7pm). If I’m not going to the gym, my favourite way to wind down is to go for dinner with my boyfriend or a friend. Alternatively, we might crack open a board game. I have a slightly unhealthy obsession with Seven Wonders and Trivial Pursuit.

I coach at a boxing gym two evenings a week, which is good exercise in itself because it usually means holding the pads for and/or sparring with a group of guys for a couple of hours. These days, I don’t do so much in the way of boxing training for myself. I’m more likely to do a yoga class or (if I’m feeling really lively) some stair sprints in my building.

I always wanted to be an architect. Embarrassingly, I think I abandoned that idea when I learned it would mean seven years of studying for my degree. It wouldn’t have been right for me anyway. I’m not a massive fan of detail!

My top online recommendations are:
I recently discovered a load of apps that deliver amazing things like cleaners and masseurs to my flat on short notice. This feels like the height of luxury and I love it.

Hands down, my biggest influence as a therapist and writer is Brené Brown. She completely changed the game for me (and most of the world I think). 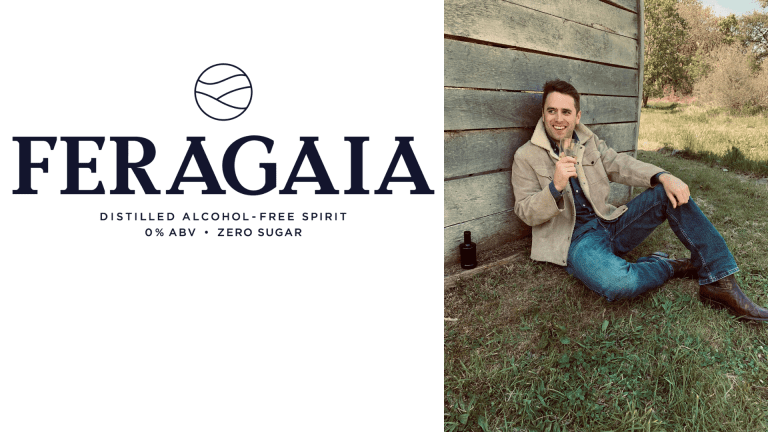 Feragaia Brand Founder: A Day in the Life

Nutcessity Brand Founder: A Day in the Life

ChicP Brand Founder: A Day in the Life

Vegan Product Developer and Business Owner: A Day In The Life

Scientist and Author of Baby Food Matters: A Day In The Life

Foundation Training Instructor: A Day In The Life

Caoimhe Bamber, Digme Fitness Founder: A Day In The Life