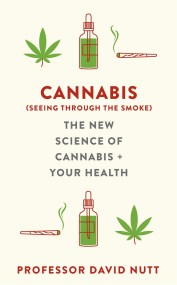 Cannabis (seeing through the smoke)

THE DEFINITIVE GUIDE TO CANNABIS AND YOUR HEALTH Underpinned by his two-year research trial in partnership with the Royal College of Psychiatrists, involving up to…