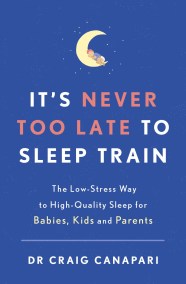 It's Never too Late to Sleep Train

A revolutionary program that will have everyone - babies, toddler and pre-schoolers - in the house sleeping through the night. When Dr. Craig Canapari became…